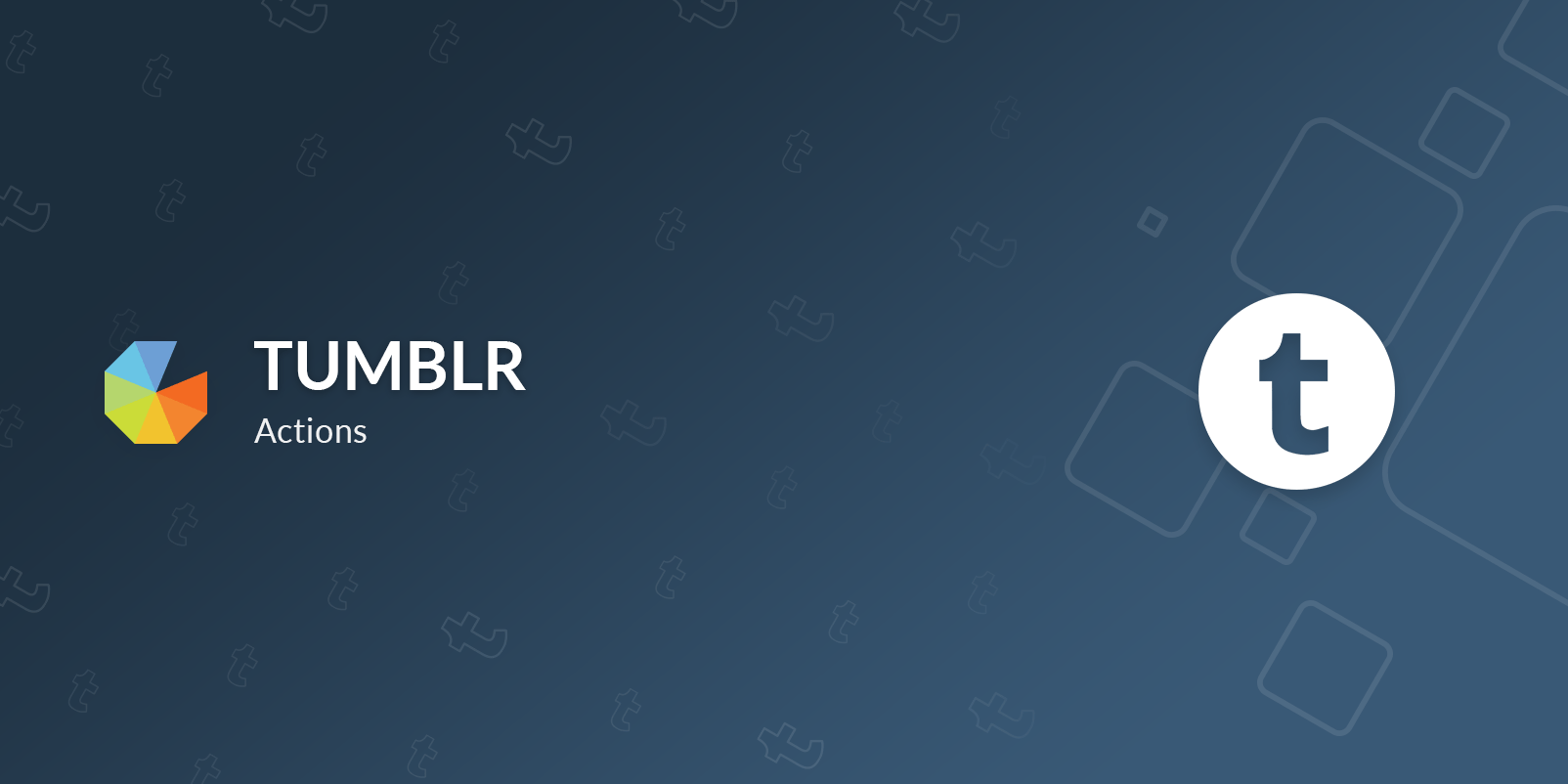 This documentation covers the actions that we support via Tumblr.

Any of the Tumblr actions in Gleam require the user to authenticate via the Gleam.io Tumblr app. They will see the following dialogue before they give access. 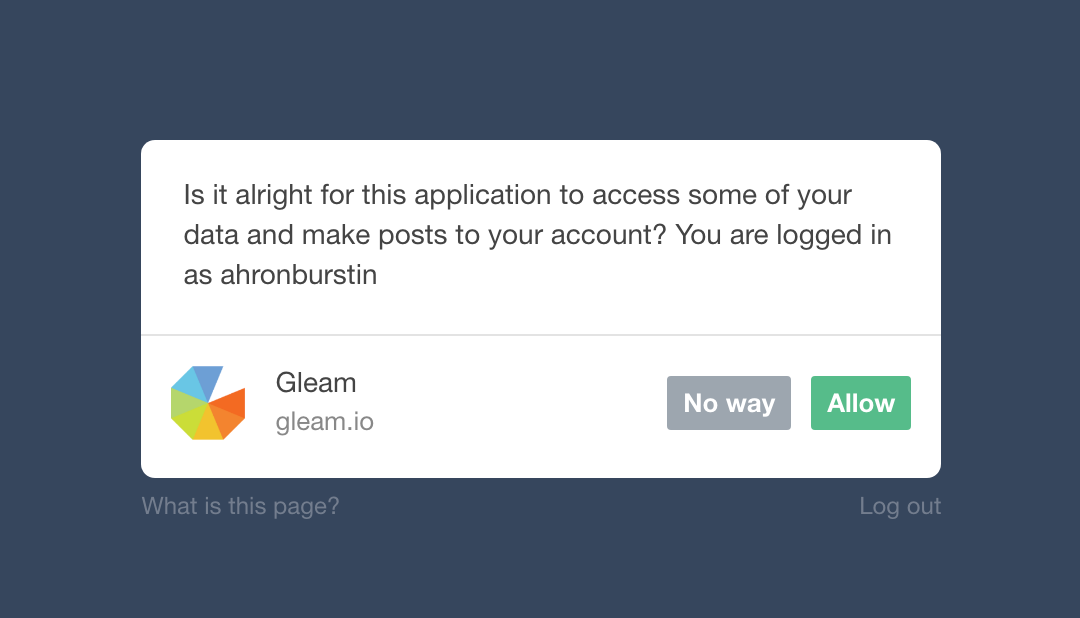 Remember that actions must be initiated by the user, so they must click the action after authentication.

Reblog allows you to ask users to reblog a specific post as an entry into your contest (or to redeem a reward). It can be any post that exists on Tumblr (or even on custom domains). We provide a hover preview of the post so users can see what they are Reblogging before they complete the action.

Reblog campaign is quite a unique action in that it allows you to award an entry to users that reblog your campaign to their Tumblr.

The action allows you to give instructions to the user, since you may want them to reblog it in a particular way, or add their own spin to the content.

We do not allow you to prefill text inside the users post, we let users add their own text to the reblogged post. This is to ensure that reblogs are authentic and user controlled. 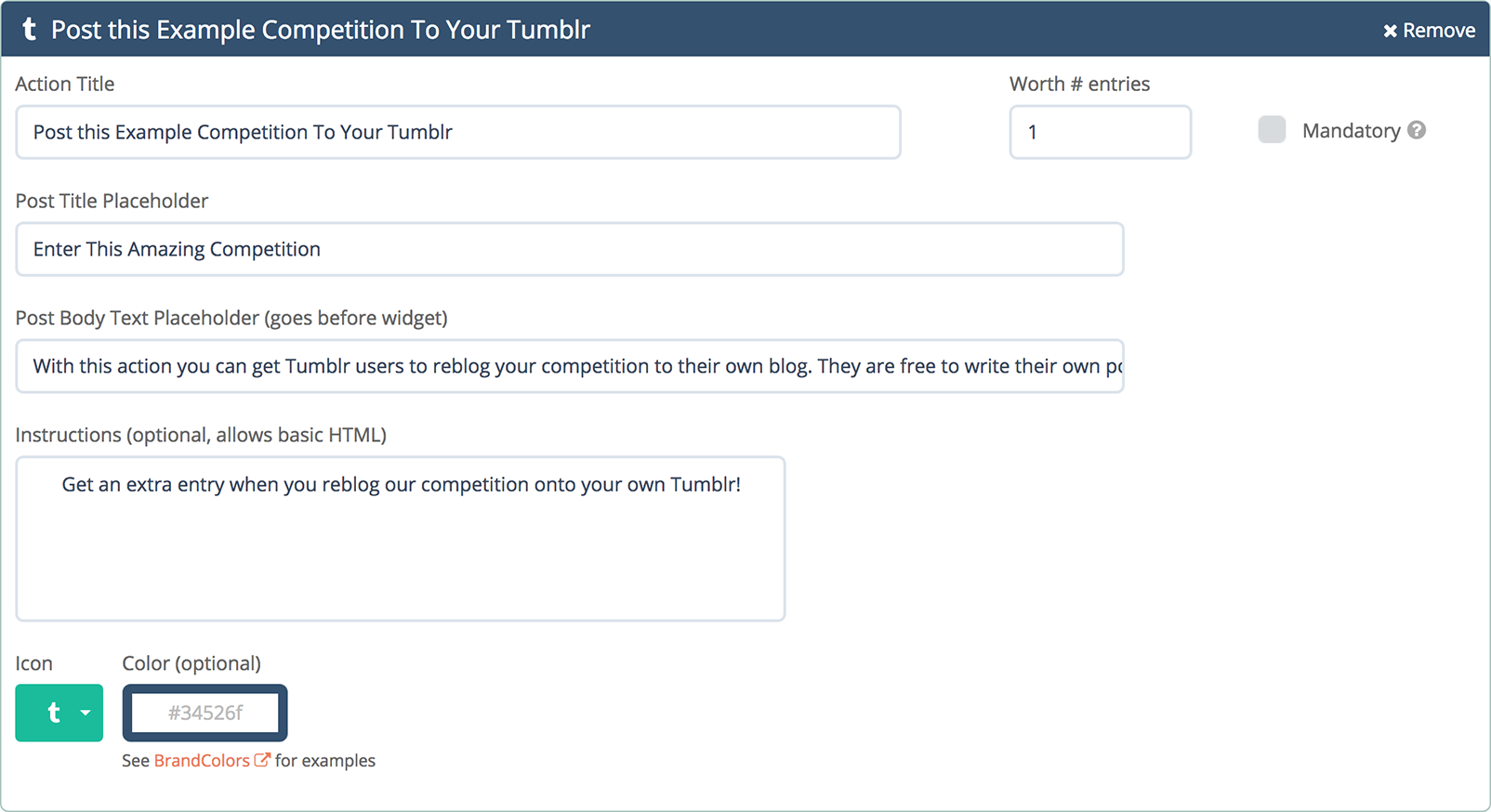 No known Tumblr issues to date.