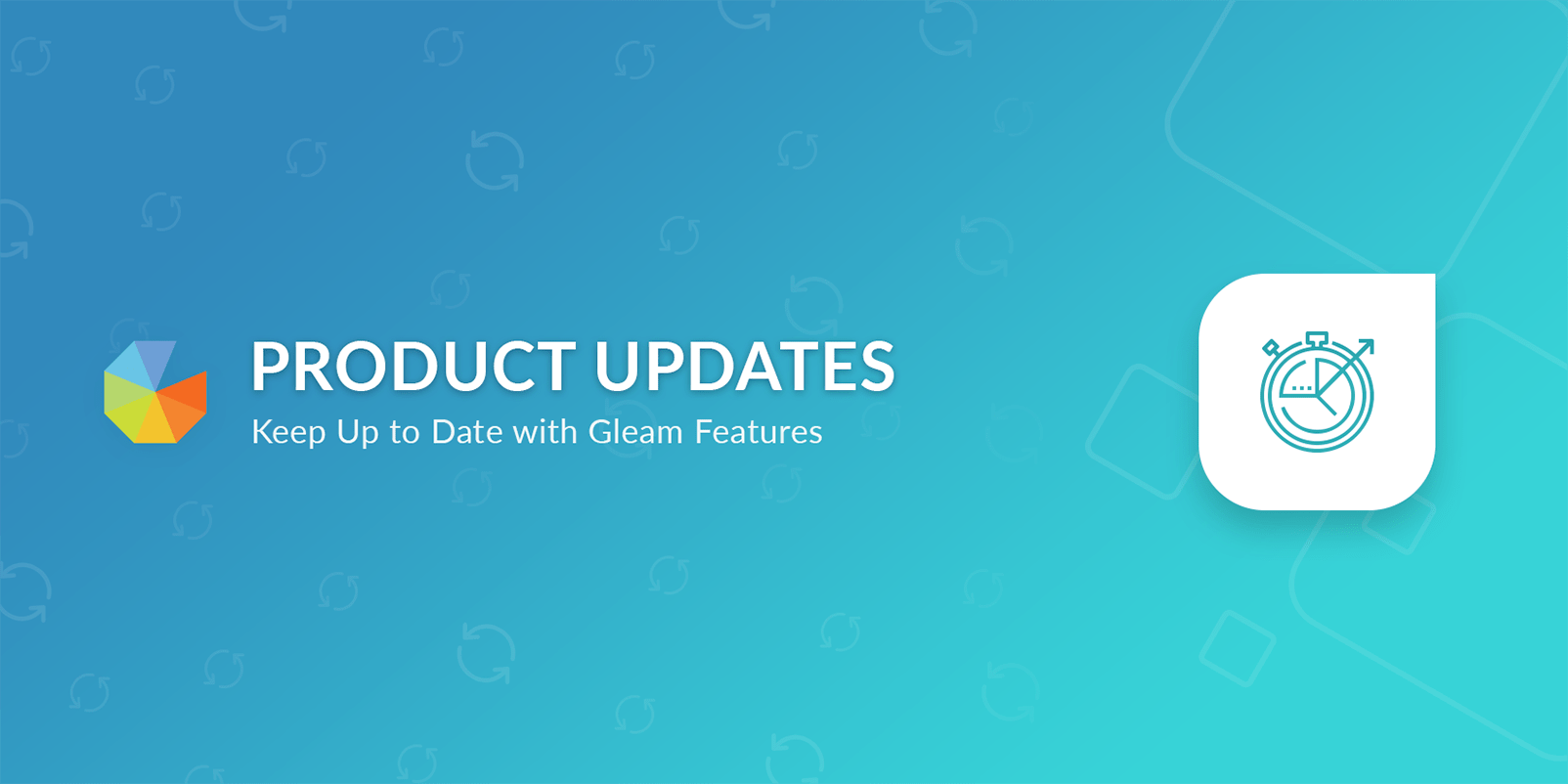 Silverpop will work will all existing apps, including Capture.

Highrise will work will all existing apps, including Capture.

Sendy will work will all existing apps, including Capture. 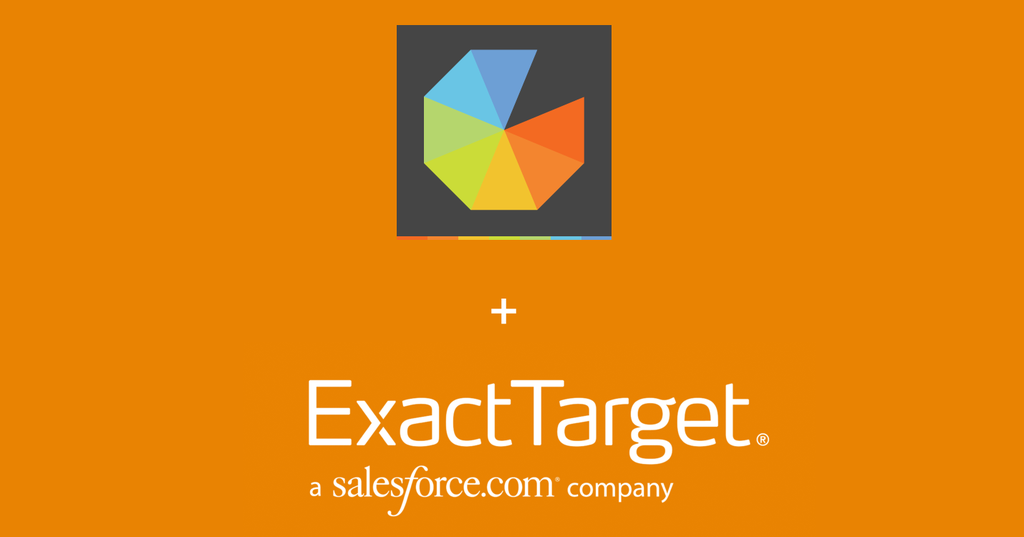 ExactTarget will work will all existing apps, including Capture.

Some of the verification that we use for Tweets do not work in some native apps (ironically the Twitter App), we also have never catered for people that Tweeted outside our widget but still wanted to claim their entries.

Now users can input the URL of a Tweet into the action, this will appear in your Details column for verification. 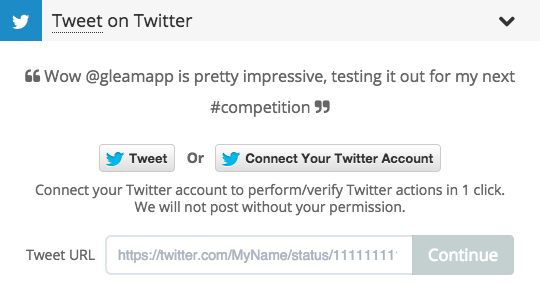 This is a big update for Capture that allows you to popup Captures that do not ask for emails, but instead allow messages to be displayed or to redirect users elsewhere. 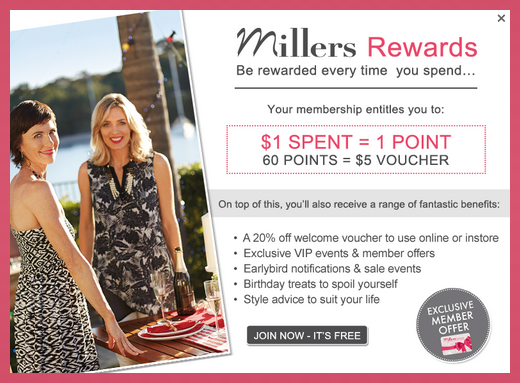 This has a number of great uses:

As you can see there's thousands of potential applications for this feature, we hope you enjoy using it :)

iContact will work will all existing apps, including Capture.

If we know the URL when someone Tweets within Gleam we'll now show it in the Details column when browsing actions.

All existing languages brought up to date with new features.

Danish & Norwegian languages have been added.

We have released our Capture app, which allows you to capture and send email to over 21 email providers using advanced behavioural rules on your website. More info our our email capture page. 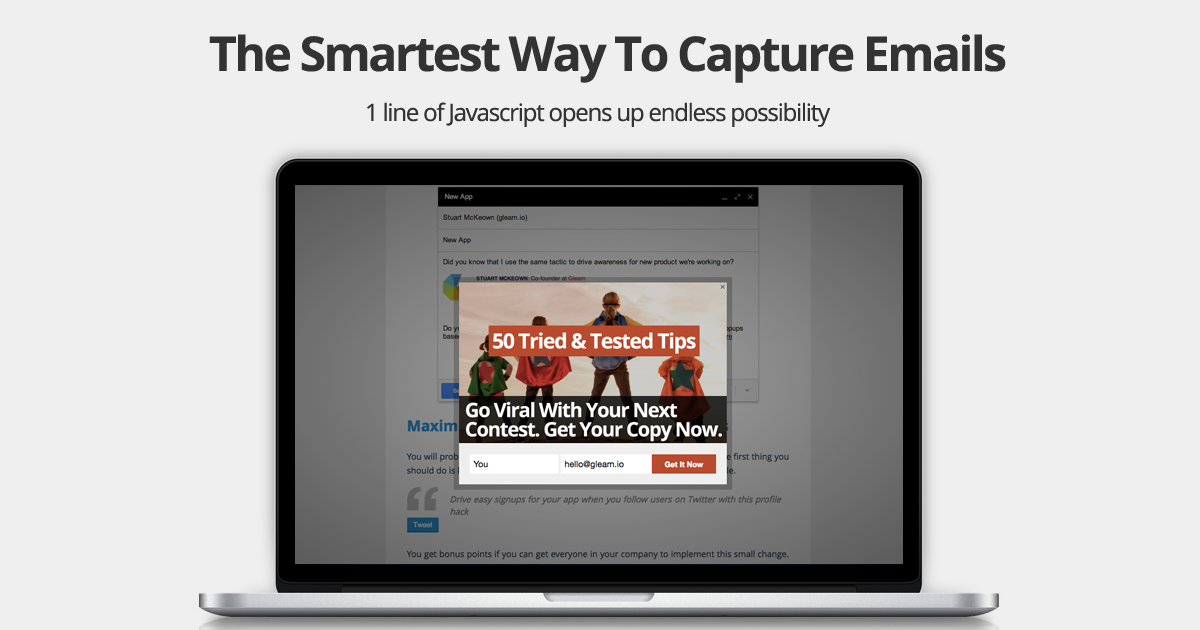 We're now starting to allow deeper drilling into individual user data. You'll be able to see which users have entered which competitions & how they are connected to your site.

Here's an example test user with some information: 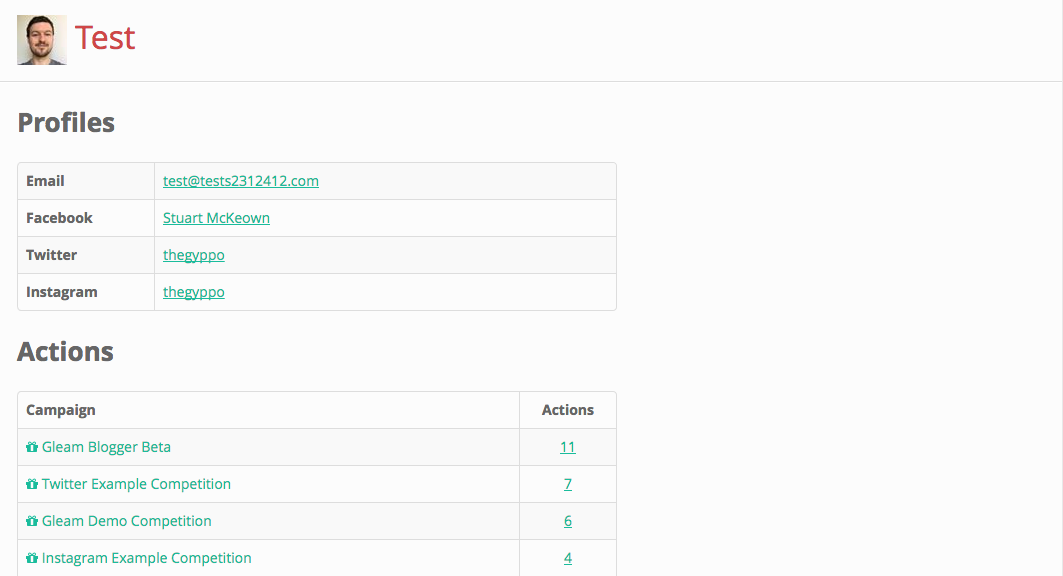 We will continue to improve this page over time.

Added Vero As An Email Provider

You can now tag your emails in Vero from Gleam campaigns.

When the screen width gets below a 1000px you'll start to see a reduced width sidebar to improve user experience on smaller screens.

You can now load help articles from within the app by clicking on the ? icons next to any fields. 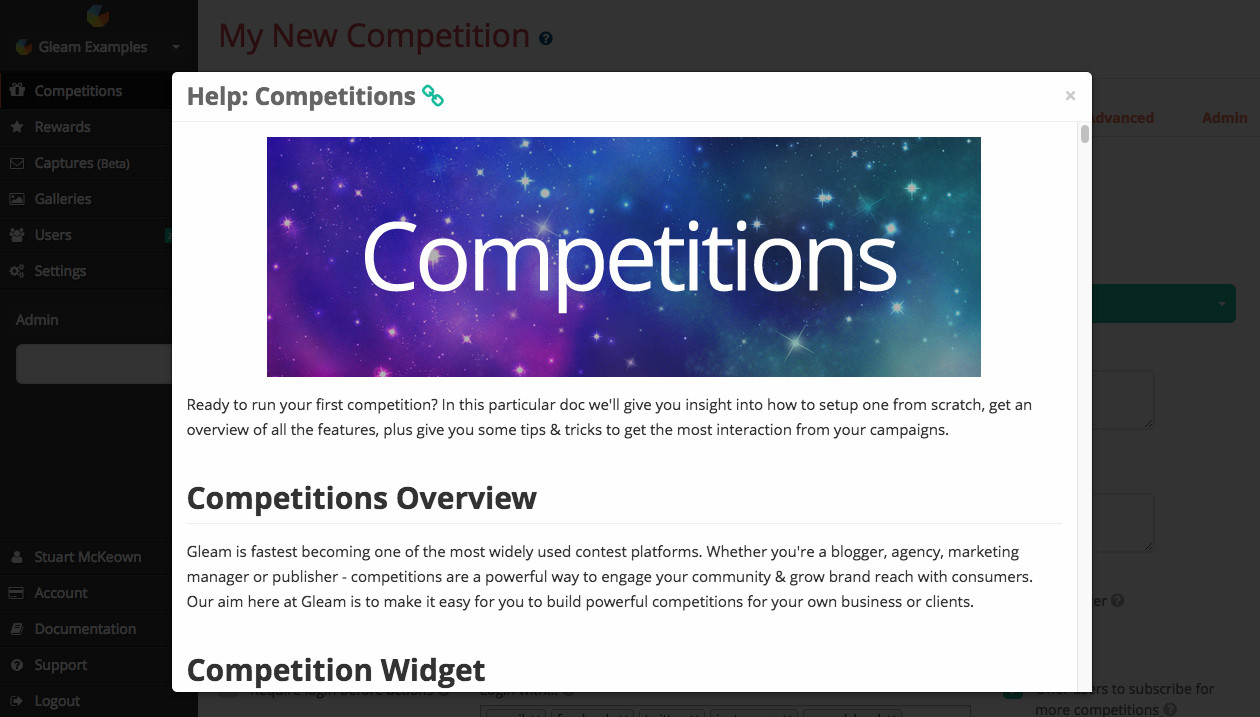 If you're a Business user that uses our promote functionality then you're in for a treat. Your feature images will now show when you promote to existing entrants. 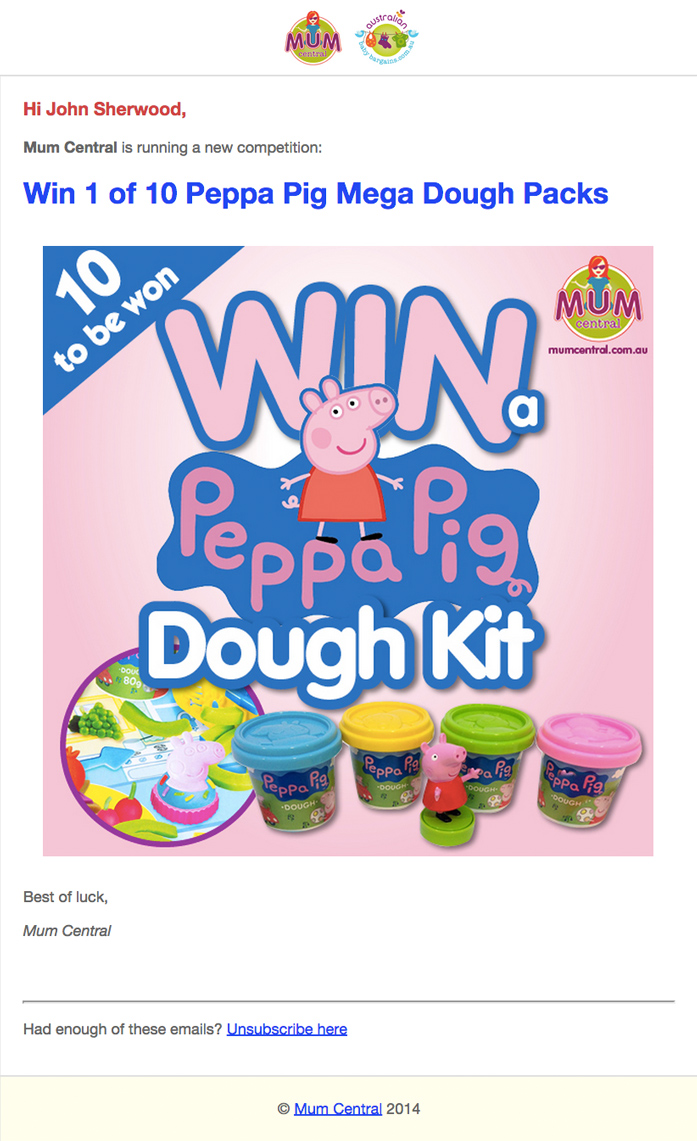 This action update is to comply the the new Facebook changes due on 5th November.

The visit action now gives entries into a competition for visiting a Facebook page, asking users to Like the page is completely optional. 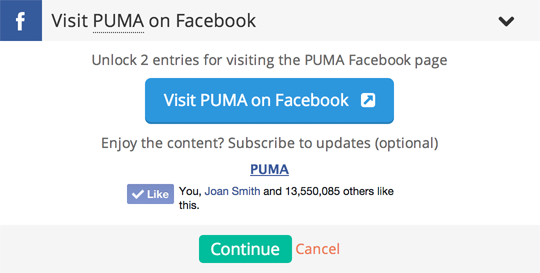 We've now added a new default option to the Visit action, this should make it easier for it to setup. The advanced HTML option still exists for users more comfortable with HTML. 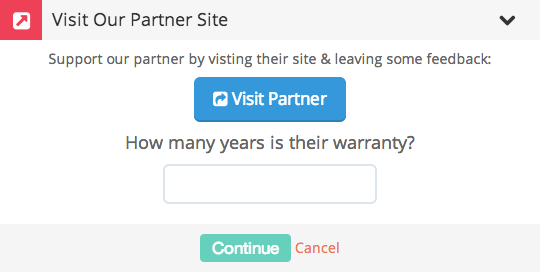 Previously if you had login first enabled on a competition users wouldn't get an entry for logging in. They would still have to complete an action afterwards.

Enabling automatic entry when setting up a contest with login first will now give users an entry for filling out their details.

We're continuing to roll out more support for email providers:

We've added 2 more layouts to the widget aimed at broadcasters on YouTube & Twitch.

This update allows you to run a contest live whilst broadcasting, or create a video to walk users through your giveaway & plug your sponsors :) 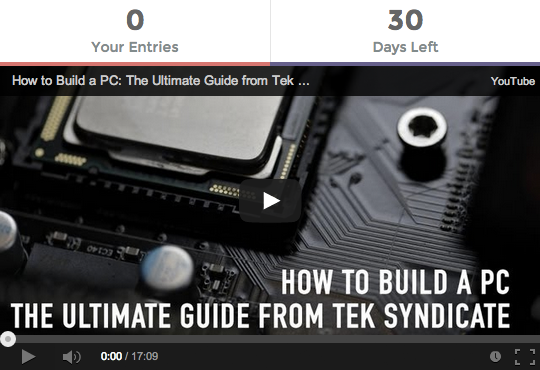 We've added a number of new supported email providers (with more on the way):

You now have the ability to select from multiple widget prize layouts when setting up competitions or rewards.

Up until this point claimed rewards were never emailed to users, well if your reward now ticks the capture contact details box we will send out an email once the reward is successfully claimed. 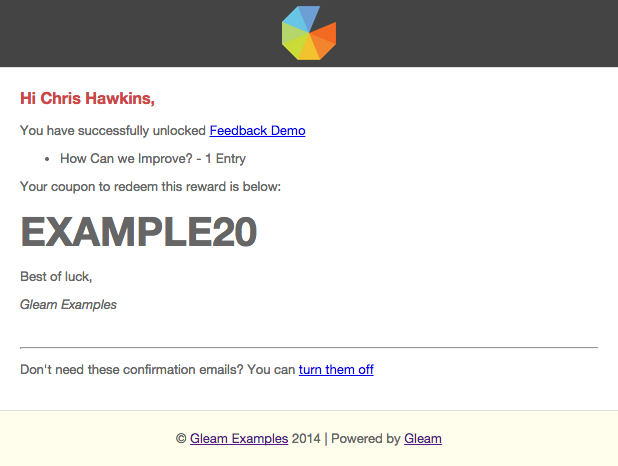 This change above also means that you can use the the custom HTML emails on the Post Entry tab to send out a custom email when a reward is redeemed.

Just note that if you require users to virally refer friends the email will not go out until they have successfully referred enough friends that also complete at least 1 action.

We've added a number of different ways to ensure users are over a specific age range before entering any of your campaigns. You'll find this option as a dropdown during the first step of setup.

You can allow users to enter their birthdate with US or Rest of the world date configuration, or you can allow it to be a checkbox. 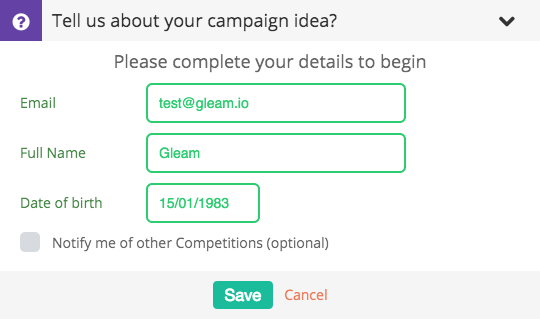 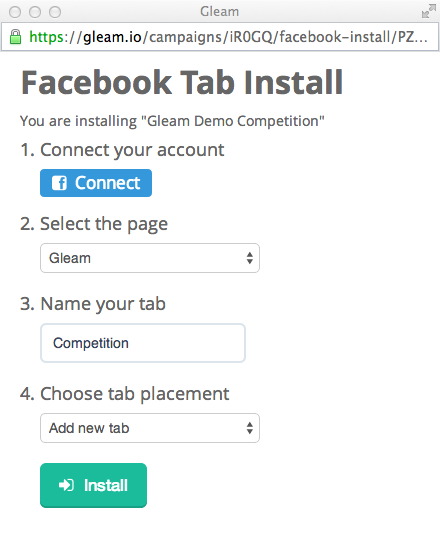 The Gallery app has had some improvements: 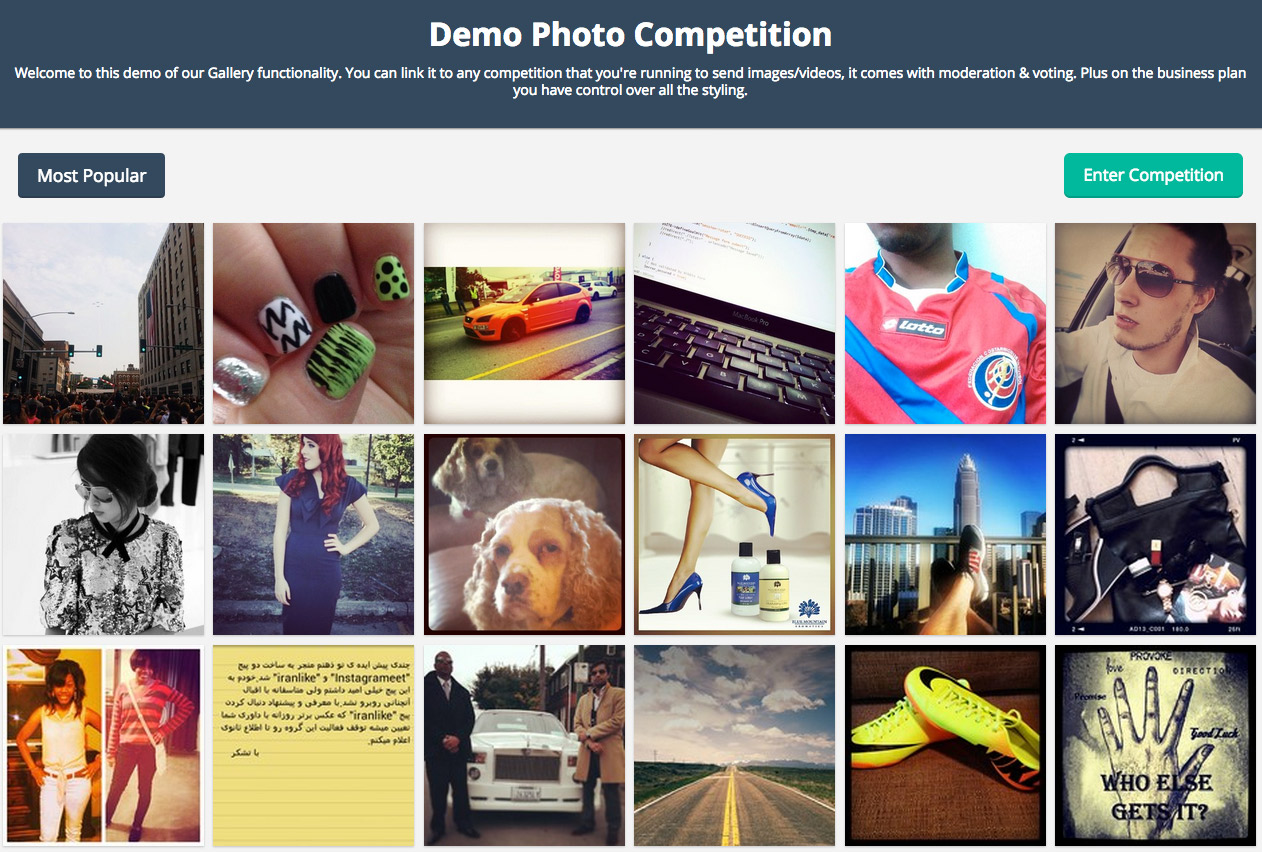 This update sees the additional of a new Pinterest action type. This allows you to ask users to pin images from a board of your choice onto their own custom board as an action. 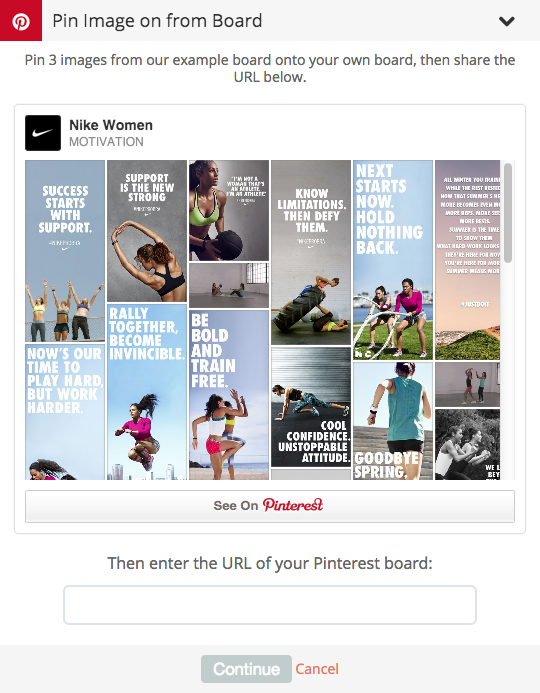 This is a big update that the team have been working on for a while. As Gleam has been growing we need to ensure we have enough capacity to continue that growth into the future.

This infrastructure update sees us move to load balanced setup that has multiple failover options for frontend servers & backend services.

We estimate this particular setup should allow us to grow for at least another 2 years.

We rolled out the first version of our advanced competition tab. This feature is only available to business users.

This update allows users to update any text within the widget in any language. This would allow you to add translations for you own language, or just change a field to make it work for your particular campaign.

Additional fields allow you to capture more information from users during your campaign.

This is a very raw first version of custom emails allowing you to add your own raw HTML of the entry completion email, if you want to add images or external content then you must host it yourself on Dropbox or your own file server.

Filtering of Questions or Custom Actions

On your reporting screen you can now filter by questions or custom actions, this is a much needed feature for competitions that require a game of skill to enter. It saves you having to page through thousands of entries looking for the answers to your questions. 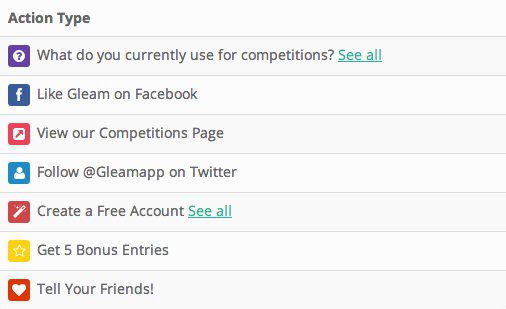 We've started creating lots of example templates that you can view on the competition & rewards campaign pages. 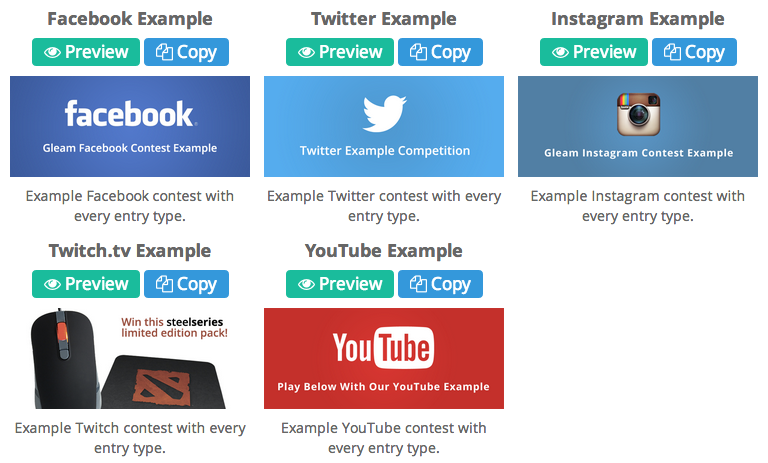 Simply choose any template that you want to emulate & you can copy it - then make your own adjustments :)

You can now allow users to automatically create an email with a prefilled viral share link :) 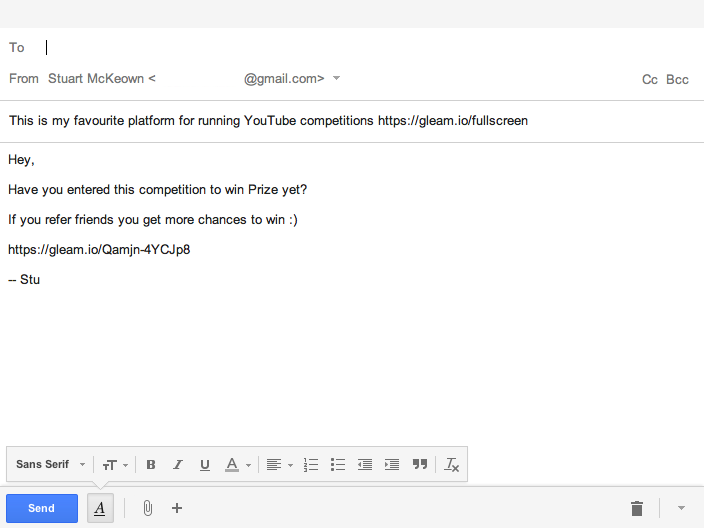 We've added some new options to our overlay popup that allow you to automatically show the competition to users when they first visit your site, or show it to them as they're about to leave.

We're very happy to announce the first release of our Gallery app, this will allow you to showoff any photo or media uploaded to your competitions in a gallery.

Previously we threw up validation errors when your Tweets were too long. Now you get to see a live preview of tweet length (including the link) so you know what room you have to play with.

We just released v1.0 of our Wordpress competition plugin that allows you to use a shortcode to add competitions to your blog posts without having to paste in any Gleam embed code.

We have painstakingly moved every phrase in the Gleam widget into an easily translatable format, this allows us to add new languages quickly.

Business users now have the ability to choose the widget language in a dropdown when creating the campaign.

We added the ability to restrict images submitted from Instagram to a certain hashtag. This allows you to align your contest with other Hashtag related promotions or advertising you have running.

We added some new entry methods for users that stream on Twitch. You can now run competitions & ask users to enter by logging in with Twitch or by following your channel. 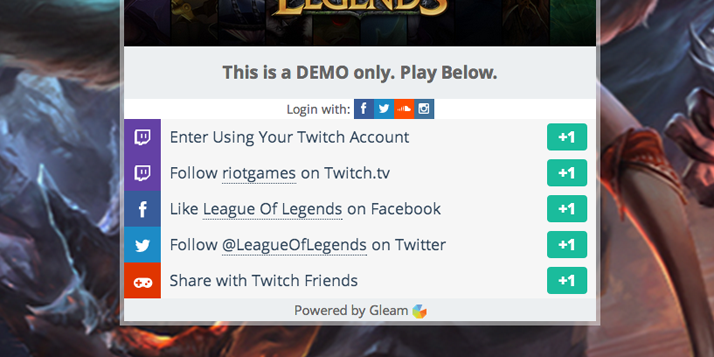 We now support Instagram videos across all Instagram action types. This means you can choose a video to upload as a contest entry or allow users to like a video.

Today we have released an integration for FullScreen creators to use the Gleam platform for competitions within YouTube.

Our fraud detection filter now runs in real-time which means that invalid entries won't make it into your user database or get sent to any email providers.

Pro & Business users can now completely disable the Like Gate if required. This means Facebook users that click on your tab would get taken straight through to the contest (rather than the Like Gate).

We now do a number of checks to validate a domain or email address exists. We've built a number of rules to prompt users to correct mispelled domains also (i.e. homail.com).

We have now given Pro users the ability to search through entry/action data on any campaign.

You now have the ability to ask a user a question after they complete a visit action, this means you could ask them a question about the page they just visited.

You now have the ability to ask a user a question after they complete a visit action, this means you could ask them a question about the page they just visited.

You can now export a complete list of your users, including relevant information to CSV from your users area.

There's now an additional option to archive existing entries when picking winners for your contests. This means that once you pick winners, you can essentially reset the data to 0 again. Useful when running ongoing contests so you don't have to create a new one every time.

Another integration added, you can now instantly send users from contests to any Campaign Monitor list that you want!

We now offer a completely white label solution for agencies that want to run Gleam on their own domain.

We now automatically parse out the first name & last name from entrants so it accurately can get sent to email providers in a consistant format.

Business & Agency clients now have the ability to trigger a tracking pixel after specific actions are fired. Useful if you use 3rd party tracking tools or retargeting pixels.

You can now add any multitude of additional fields when capturing information from users during signup. Available on the Business plan & upwards.